A Question of Counsel by Archer Kay Leah

A Question of Counsel 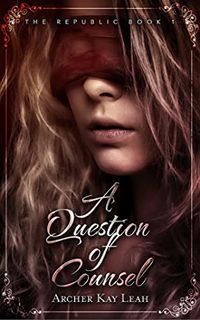 A Question of Counsel by Archer Kay Leah is an adult fantasy novel, originally published on May 27, 2015. It is the first book in the The Republic series.

A Question of Counsel contains some explicit content, all of which is meant for adult readers.

This story touches on several serious matters, including mental health issues, domestic abuse and violence, and depictions of emotional and physical situations that could bother some readers. This includes references to the recent loss of a parent due to terminal illness, grief, depictions of PTSS/PTSD (post-traumatic stress syndrome/disorder), anxiety attacks, and the use of alcohol as a coping mechanism resulting in mild alcoholism. The references to domestic abuse and violence include psychological, emotional, physical, and verbal abuse, as well as references to exploitation.

This story also contains violent situations, a kidnapping, references to human trafficking and the trafficking of children, non-consensual touching and sexual harassment, and references to the deaths of family members. Finally, this story includes references to homophobia, bigotry, and depictions of misogyny.

Please note the story uses gender-neutral pronouns for certain characters (vem, vir, ne, they, them, their, hir, and hirself). These are not mistakes: they are the chosen pronouns of those characters.