This article is about the book. For the series, see Akata Witch by Nnedi Okorafor (series). 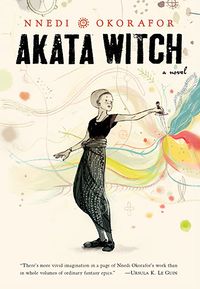 Akata Witch by Nnedi Okorafor is a young adult fantasy novel, originally published on April 14, 2011. It is the first book in the Akata Witch series.