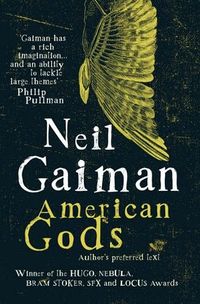 American Gods by Neil Gaiman is an adult fantasy novel, originally published on June 19. 2001. It is the first book in the American Gods series.