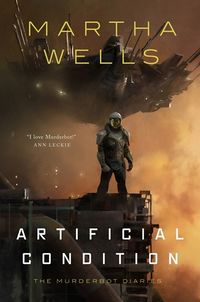 Artificial Condition by Martha Wells is an adult science fiction novella, originally published on May 8, 2018. It is the second book in The Murderbot Diaries.