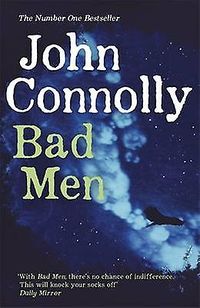 Bad Men by John Connolly is an adult thriller novel, originally published in 2003.