This article is about the book. For the series, see Daughter of Smoke & Bone by Laini Taylor (series). 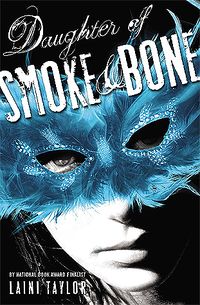