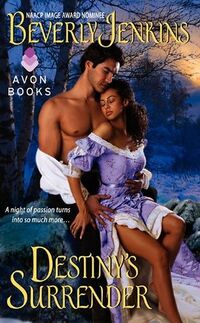 Destiny's Surrender by Beverly Jenkins is an adult historical romance novel, originally published on September 24, 2013. It is the second book in the Destiny series.