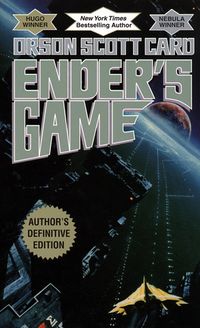 Ender's Game by Orson Scott Card is a young adult science fiction novel, originally published on January 15, 1985. It is the first book in the Ender's Saga series.