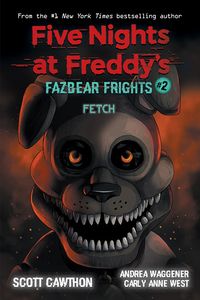 Fetch by Scott Cawthon was released in 3rd March 2020. It is the second book in the Fazbear Frights series and is spin-off the Five Nights at Freddy’s video game series.