Into the Pit by Scott Cawthon 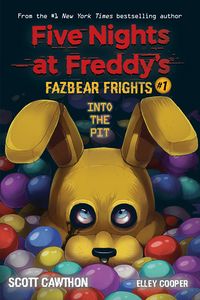 Into the Pit by Scott Cawthon was released in 26th December 2019. It is the first book of the in Fazbear Frights series and is spin-off the Five Nights at Freddy’s video game series.