She Who Became the Sun by Shelley Parker-Chan 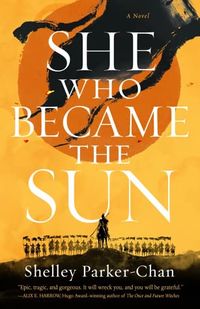 She Who Became the Sun by Shelley Parker-Chan is an upcoming adult historical fantasy novel, set to be published on July 20, 2021. It is the first book in The Radiant Emperor series.