The Duke Who Didn't by Courtney Milan

The Duke Who Didn't 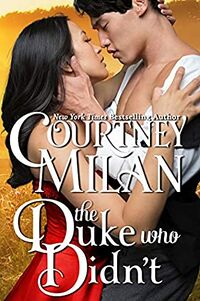 The Duke Who Didn't by Courtney Milan is an adult historical romance novel, originally published on September 22, 2020. It is the first book in the Wedgeford Trials series.