The Reapers by John Connolly 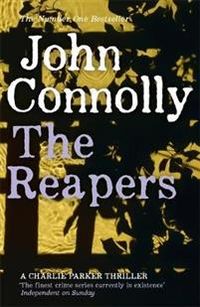 The Reapers by John Connolly is an adult horror mystery thriller novel, originally published on May 15, 2008. It is the seventh book, and the eighth installment, in the Charlie Parker series.