The Titan's Curse by Rick Riordan 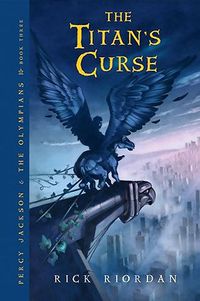 The Titan's Curse by Rick Riordan is a middle-grade urban fantasy novel, originally published on May 1, 2007. It is the third book in Percy Jackson and the Olympians.