Difference between revisions of "Ahsoka by E.K. Johnson" 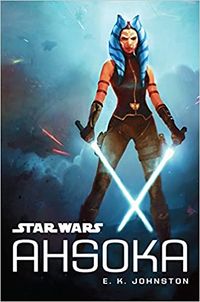