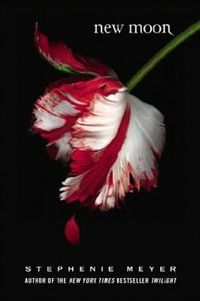 New Moon by Stephenie Meyer is a young adult fantasy novel, originally published on September 6, 2006. It is the second book in The Twilight Saga.