Sky on Fire by Emmy Laybourne 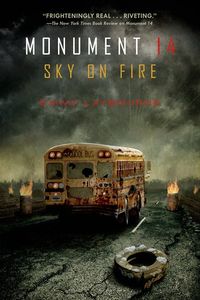 Sky on Fire by Emmy Laybourne is a young adult science fiction novel, originally published on May 28, 2013. It is the second book in the Monument 14 series.