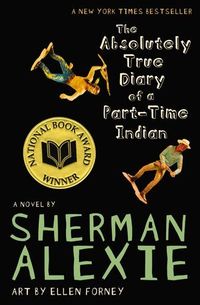 The Absolutely True Diary of a Part-Time Indian by Sherman Alexie is a young adult contemporary novel, originally published on September 12, 2007.

Banned on multiple occasions for racism, sexual content, and vulgarity.