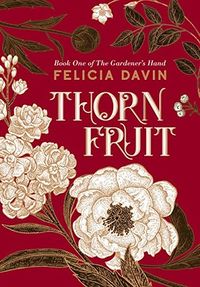 Thornfruit by Felicia Davin is a young adult fantasy novel, originally published on February 27, 2018. It is the first book in The Gardener's Hand series.