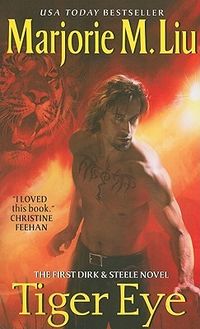 Tiger Eye by Marjorie M. Liu is an adult paranormal romance novel, originally published on March 1, 2005. It is the first novel in the Dirk & Steele series.