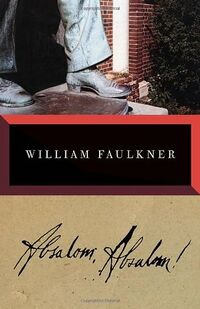 Absalom, Absalom! by William Faulkner is a Southern gothic novel, originally published in 1936. It is told mainly from four different POVs and serves as an indirect prequel to his 1929 novel The Sound and The Fury.