This article is about the book. For the series, see Crier's War by Nina Varela (series). 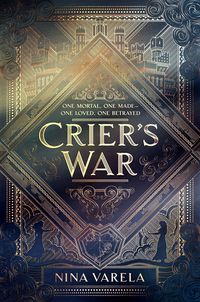 Crier's War by Nina Varela is a young adult fantasy novel, originally published on October 1, 2019. It is the first book in the Crier's War series.

The following trigger warnings can be found on the author's website:

NOTE: In the ARCs for CRIER’S WAR, Chapter Eight contains the offscreen death of a child (no graphic detail). This isn’t in the final version, but just a heads-up for anyone reading the ARCs.