Foul Is Fair by Hannah Capin 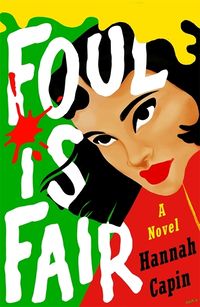 Foul Is Fair by Hannah Capin is a young adult contemporary novel, originally published on February 18, 2020. It is the first book in the Foul Is Fair series.

the primary thematic material of FOUL IS FAIR centers on sexual assault (not depicted), rape culture, and violence. additionally, the book includes an abusive relationship, a suicide attempt, and a brief scene with transphobic bullying. for a more detailed description of sensitive content, continue reading. these notes will contain spoilers for FOUL IS FAIR.