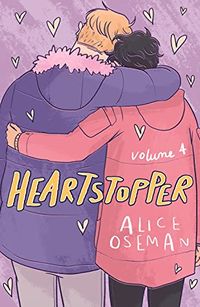 Heartstopper: Volume Four is a contemporary romance graphic novel series by Alice Oseman that started out as a webcomic in September 2016, following Nick and Charlie first seen in Solitaire. It is the fourth book in the Heartstopper series.

Heartstopper: Volume Four contains extensive discussions and portrayals of mental illness. Overall, the story has an optimistic spin and a focus on recovery and healing, though there are darker moments in order to portray the realism of living with mental illness. If you are triggered by any of the below topics, please proceed with caution.