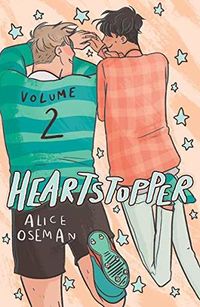 Heartstopper: Volume Two is a graphic novel that started out as a webcomic in September 2016, following Nick and Charlie first seen in Solitaire. It is the second book in the Heartstopper series.