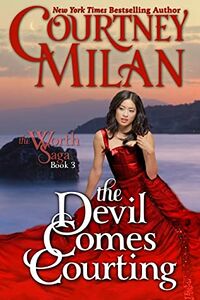 The Devil Comes Courting by Courtney Milan is an adult historical romance novel, originally published on April 20, 2021. It is the third book in The Worth Saga.