The Duchess Deal by Tessa Dare 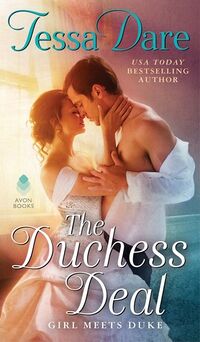 The Duchess Deal by Tessa Dare is an adult historical romance novel, originally published on August 22, 2017. It is the first book in the Girl Meets Duke series.