The Heir by Kiera Cass

This article is about the book by Kiera Cass. For Katee Robert's book, see Heir by Katee Robert. 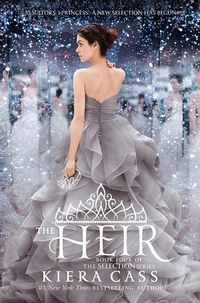 The Heir by Kiera Cass is a young adult romance novel, originally published on May 5, 2015. It is the fourth book in The Selection series.